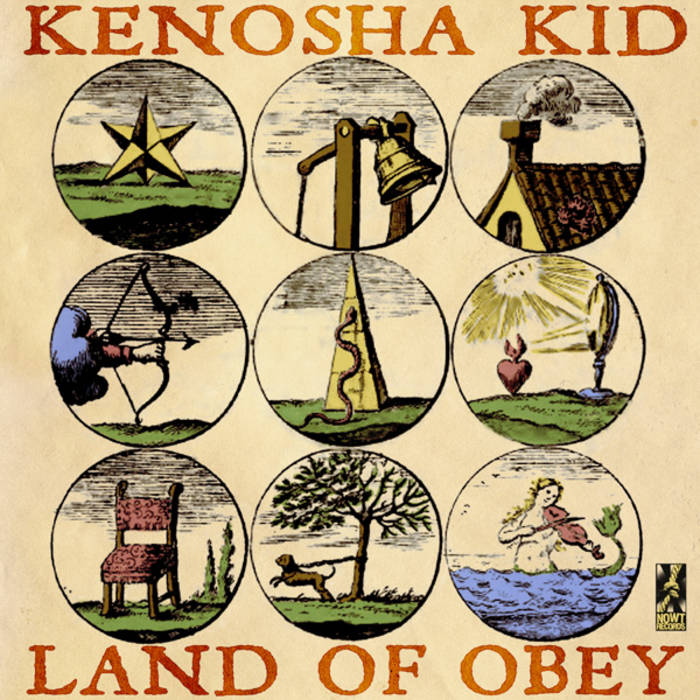 Avenue I love how it transports me into another dimension, into otherworldly realms, where beings of scintillating light dance in vibrational love. Favorite track: 1-04 Take What You Want.

Land Of Obey came about as a surprise. We fully planned to work in the studio for the next record, but with the advent of a weekly Monday gig and the fantastic recording skillz of Sloan Simpson the results were spectacular. While the previous recordings were more produced and arranged, Land of Obey’s beauty comes from its raw, stretchy power as the trio weaves its way from one theme to another.

1. Fanfare / 2. Muddy Waters
A friendly hello. Starlight twinkles, and then business begins. A
journey to the far east. Sounds from the car trunk driving past. We
get back in the river and dog paddle home.
3. Out the Window
In the evening, in a dream, in slow motion, children sneak out at
night. The bells call for attention. Using long heavy ropes, The
Mass begins to move forward.
4. Take What You Want
Song of many names… The Country Song, Get Out & Move That Board. Even
though the lines on the road seem to converge in the distance you are still traveling, still almost home.
5. Before & After
Murder. The town was one thing, and then in hours it became another.
The sirens sing the difference.
6. X, Y, Then Z
The man with the object grumbles. The whole thing would like to get
off the ground. Pigs? The object changes hands, and changes again. Progress is made, the pigs move. With much ado, the theme is stated. Registration is now closed. A crude dance in quick sand, and one man is left standing. Neal’s Gameshow. Marlon begins Thinking Deeply, and the whole insane mess is shot into space.

1. Pleasure II / 2. Pleasure to Burn
Super spy, slinky surf seduction. Cars weave the hills on some Californian two lane highway and fly off the side in cinematic slow motion. Flames erupt into smoky meditation. Souls ascend.
3. Wallpaper
Play this song very quietly in the background at your cocktail party, at your wedding, at your mixer, at your restaurant, at your event. Always talk through it, always scream/laugh and sing happy birthday in the middle of it. Whatever you do, never pay attention to it.
4. Mechanical Hound
The rusty wire holding the cage shut twists. Invocation. The door is forced open, the demon-lings laugh. The beast is on the loose, and where his foot falls… destruction.
5. Waterwheel
Apologies are made.

All composed by Dan Nettles
© 2010 Dan Nettles Music
Recorded live at the Flicker Theatre in Athens Georgia January to April 2010.